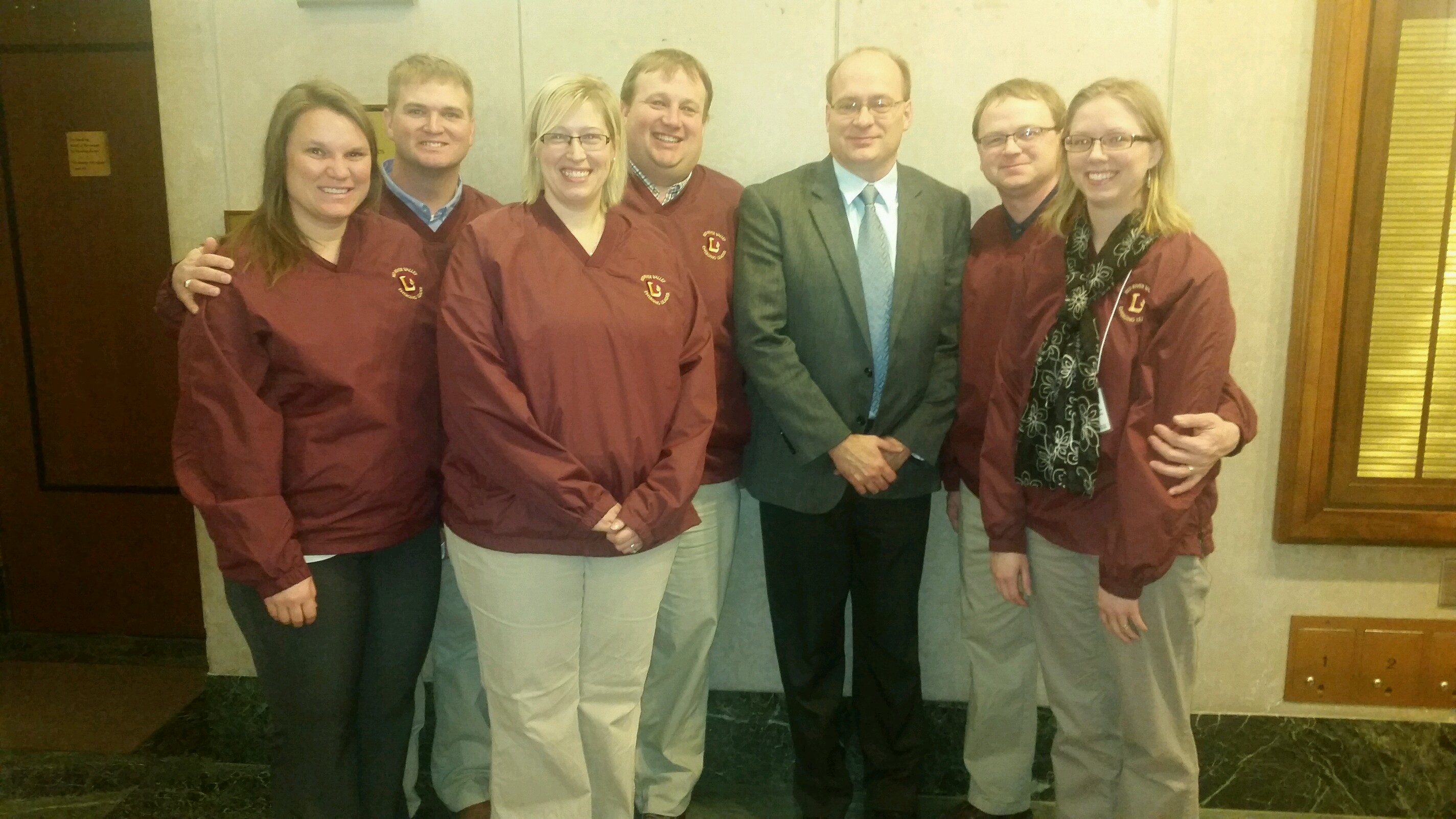 Thank you to those of you who came to the Capitol this week to visit with me about issues that are important to you. It was great to see so many folks from our district. Please do not hesitate to stop by the Capitol if you are ever in St. Paul during session. I would be more than happy to meet with you.

On Tuesday, the Office of the Legislative Auditor released its highly anticipated MNSure evaluation report. According to the non-partisan Legislative Auditor’s report, “MNSure’s failures outweighed its achievements.” Many Minnesotans, especially those who have had to purchase insurance through MNSure, were already aware of the myriad of problems MNSure experienced and is still facing.

The Auditor’s investigation and subsequent report on MNSure brought to light some interesting and troubling facts and statistics.

The report found that MNSure commercial enrollments missed Democrat projections by 88%. There were 49,000 actual enrollments compared to the 413,000 promised in 2013. This is troubling considering MNSure rolled out a robust and expensive marketing campaign, financed by state dollars, in hopes of getting more individuals enrolled.

Furthermore, the report found that 58% of those surveyed by the Legislative Auditor spent at least 4 hours on the enrollment process and another 75% reported having “significant” technical problems with the website.

MNSure is failing to meet its core goals and is financially unstable. MNSure is reliant on enrollment taxes to help fund its operations. Democrats promised the tax on plans sold through the exchange would be 2 or 2.25%. However, MNSure has already been forced to raise the tax to 3.5%. In addition, Governor Dayton has asked the legislature for more funding to cover MNSure’s budget shortfall.

Minnesotans deserve better. We were promised that MNSure would lower costs. Instead, it has caused headaches and higher costs for families.

I am committed to working with my colleagues to find practical solutions to fix the problems facing MNSure. House File 5 is a bill that would work to ensure fair access and affordability in health care as well as increased accountability for MNSure.

On Wednesday, the Agriculture Policy Committee heard and passed a bill that has the potential to create thousands of jobs in Minnesota. House File 536 would establish incentive programs for advanced biofuel, renewable chemical, and biomass production facilities to be built in Minnesota.

These facilities, if all 14 are built, would have the capability to support an estimated 3,190 jobs for Minnesotans across the state.

One of the reasons I’m apprehensive about the governor’s proposal to impose a new 6.5% sales tax on gasoline at the wholesale level relates to how that money would be spent. It’s unclear whether all of the revenue derived from that tax would be dedicated toward road and bridge funding. While the current gas tax is constitutionally dedicated toward funding for road and bridges, it’s not entirely certain that this proposed wholesale gas tax would work the same way. I’m eager to hear more from the governor, the commissioner of the Department of Transportation, and legislative legal counsel on how this proposal, if enacted into law, would work.

Another reason I am apprehensive to support the governor’s proposed 6.5% wholesale level tax is that it is regressive in nature. This means that middle to low income families would be hit the hardest financially. Now is not the time to impose a new 6.5% sales tax on gasoline at the whole sale level as many families have finally started to see some relief at the pump as gas prices have come down considerably in the last couple of months.

I had a wonderful breakfast with members of the Red River Emerging Leaders group. This is a leadership offered through the Minnesota Extension Service.

I was honored to meet with members of the Runestone Electric Association this past Tuesday.

On Tuesday, I had the opportunity to visit with Mark Ellison with AgCountry, Steve Johson and Spencer Enninga of AgStar about the financial services they offer to farmers and Ag businesses in our area and state.

Thank you to the Agralite Board Members and staff for stopping by on Tuesday and sharing their ideas to strengthen locally owned electric cooperatives.

Thank you Pat Homan, Doug Diekmanm and Clayton Halverson from Traverse Electric Coop for stopping by on Tuesday and sharing their ideas to strengthen member-owned electric cooperatives.

If you are planning on being in St. Paul this session, please feel free to contact my office by phone at 651-296-4929 or via email at rep.jeff.backer@house.mn to set up an appointment. I would love to meet with you and talk about ways we can make Minnesota better. Again, it is an honor and privilege to represent you and your family for the next two years. I am here to be YOUR voice in St. Paul and it is a responsibility that I take very seriously.

Thanks and talk to you soon,